The first school was taught by John Sampey in what was called Walnut Grove. The pioneers having come in 1834. School was held in any available building. It has been recorded “Thither came the Davidsons in 1834, the Rankins (five brothers of them) in 1834-35, the Steeles, Thompsons and the Allisons in 1836. And in the fall of 1837 Pogues came”.

Miss Mary Pogue taught the school and boarded round with the scholars. One of the first buildings used was erected by Aleck Rankin, grandfather of Mrs. Etta Thompson. It was built of logs. It had one window, covered with greased paper. Some contended that the glass had broken.

For a time school was held in an old church that stood just west of the present cemetery and between it and the later church that was torn down several years ago. For a time Moses McElhiney, who lived just north of the cemetery furnishes the room, taught the school and boarded himself for $14 a month. This was the last place where school was held before the Stone School was built. In 1865 the stone building was erected. It was located near the east line of section 16 and a little over a half mile northwest of the present building. School in this building was until fall of 1892. On the 16th of April, 1892 bonds were issued for the construction of a frame building.

The Sante Fe railroad secured the right of way in 1887. The surveying was done in February and the trains were running in November. Through the efforts of Mr. Nathan Wever the town site was located on Section 15 of his farm, which is midway between Galesburg and Ft. Madison; hence the name Media. It is also midway between between Chicago and Kansas City.

The new frame school was to cost $2500. When this frame building became too small, it was sold and moved off the site. Annie Hellier was the last teacher in this building. It was also her privilege to teach in the new brick building which was erected on Section 15 nearer the town of Media and on the present school grounds. The porch on the south extended close to the location of the well. Due to a bad storm, the brick wall cracked on the north side and metal braces were put across from the east to the west wall. But on June 1, 1914 it was condemned. The forementioned well was drilled and ready for use in October 1898. Election was held June, 18, 1898 when it was decided to issue bonds for school purposes. So the brick building was razed and the present building farther north than the former brick building was erected in 1914. This is now in use, 1975.

Other Pictures from the Album 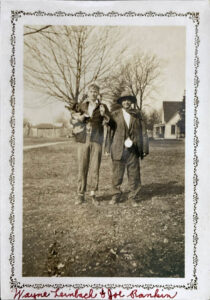 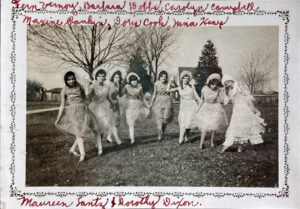 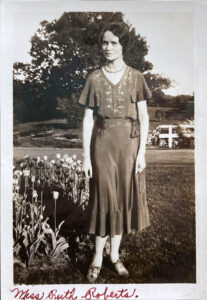 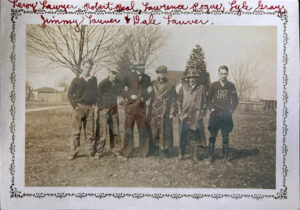 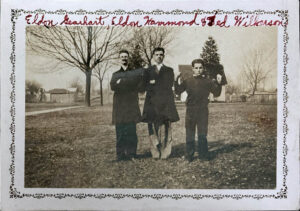 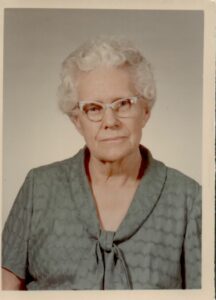 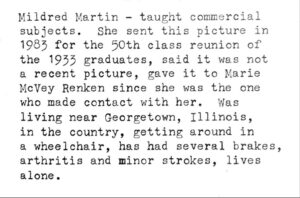